Anansi and the Talking Melon by Eric A. Kimmel 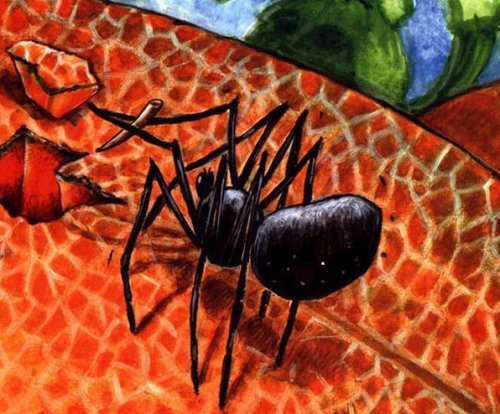 Now, I have been reading the “Anansi” series ever since I was little and I was always so amazed at the gorgeous artwork and the hilarious writing in each book! So, when I stumbled upon another “Anansi” story that was written by Eric A. Kimmel along with illustrations by Janet Stevens, I was pleasantly surprised by how this story turned out to be as entertaining as the previous “Anansi” stories!

The story starts off with Anansi looking down on Elephant’s melon patch from the trees and he wanted to have a melon. But since Anansi was always too lazy to do any work, he decided to wait until Elephant went off on break to eat a melon. So after Elephant left the melon patch, Anansi took a thorn from a tree and started digging a hole inside the melon to jump inside and eat the melon from the inside out. Once Anansi was done eating inside the melon, he tried to get out from inside the melon, but he become too fat to get out and he had to wait until he got thin again. Elephant then comes back to the melon patch and picks up the melon that Anansi was inside of and Anansi decided to play a little trick on Elephant by pretending to be the melon and successfully convinces Elephant that the melon is really talking. Elephant is so excited about this development that he decided to tell his friends and the king about the talking melon.

Will the King be impressed by the talking melon or will he realize that it is Anansi playing this trick?

Wow! I must admit that I was quite surprised that I have not read this book yet since I have been reading the “Anansi” series ever since I was a child! Eric A. Kimmel has once again done an excellent job at writing this story as the story is highly creative and hilarious at the same time and I really loved the scenes where Anansi tricks the other animals into thinking that the melon is actually talking to them. I like the fact that in this story, Anansi does not actually steal anything like he did in the previous book “Anansi and the Moss-Covered Rock” since it makes him into a less amoral character (although he still did dig inside one of the Elephant’s melons without Elephant’s permission) and the fact that he is just playing tricks on Elephant and the other animals just for the fun of it, makes him less malicious in nature. Janet Stevens’ artwork is as usual gorgeous to look at and I loved the way that Janet Stevens is able to convey the emotions on the characters’ faces, especially whenever the melon seems to insult each animal character and you get to see the animals’ angry expressions really close up. 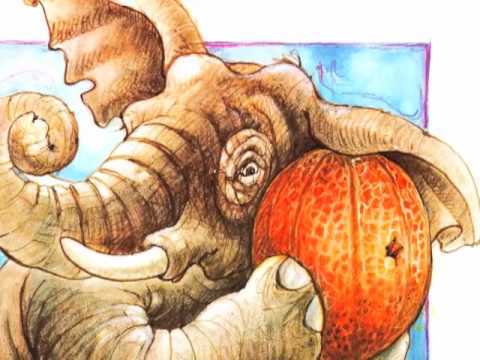 Overall, “Anansi and the Talking Melon” is a truly hilarious book that is another great addition to Eric A. Kimmel and Janet Stevens’ “Anansi” series! I would recommend this book to children ages four and up since there is nothing inappropriate in this book.