The Little Engine That Could by Watty Piper 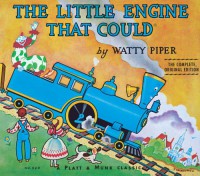 Series: The Little Engine that Could #1 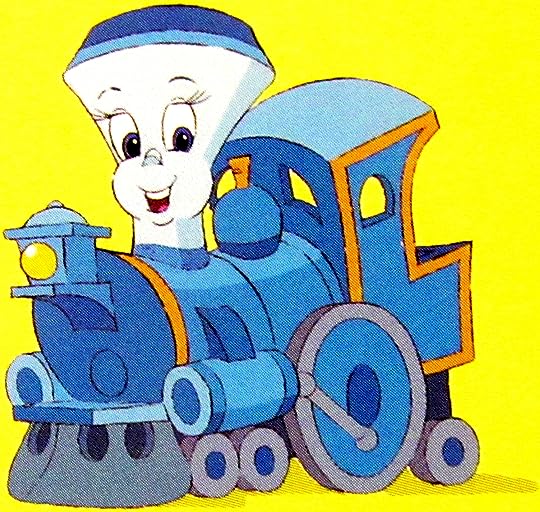 Now I have a bit of a confession to make: I actually was introduced to this classic children’s story through an animated special that premiered on TV way back in the early 1990s and I have only just recently decided to pick up the book that the animated special was based off of. “The Little Engine that Could” by Watty Piper along with artwork by George and Doris Hauman is truly a cute classic that children will read for years to come!

The story starts off with a little train carrying good things for the little boys and girls on the other side of the mountain such as teddy bears, dolls, books for the children to play with. The little train also carried good food for the children to eat such as apples, oranges, milk and peppermint drops. Just as the little train was heading towards the mountains with all of these good things for the little boys and girls, it suddenly stopped on the train tracks and it could not budge. The toys then began to lament this predicament and they tried to receive help from various trains that stopped by. Unfortunately, none of the trains wanted anything to do with taking the toys to the other side of the mountain and they just left the toys on the side of the tracks. Finally, a little blue engine came along and…

Will the little blue engine help the toys get to their destination and will the toys make it over the mountain in time to give the little girls and boys their gifts?

Watty Piper (which is actually a pseudonym for the Platt & Munk Publishing House) had done an excellent job at writing this cute little story as it details the importance of perseverance through the actions of the little blue engine as she tries to get the toys to their destination despite being so small. I like the fact that this story teaches children about the importance of never giving up in the face of a difficult situation and that they just need to do the best they can when they are dealing with situations that might be impossible for them. I also like the idea about the story being mainly about the toys and the train trying to get to the other side of the mountain to deliver toys and food to the little boys and girls since it reminds me a bit of how Santa Claus usually has to deliver toys and goodies to many children of the world, except in this case, this story does not take place during Christmas. George and Doris Hauman’s artwork is truly adorable to look at as all the toys are so cute to look at and I especially loved the image of the little engine herself as she is colored in blue, which is quite a unique color for a train, and she constantly has a smile on her face that makes me root for her. 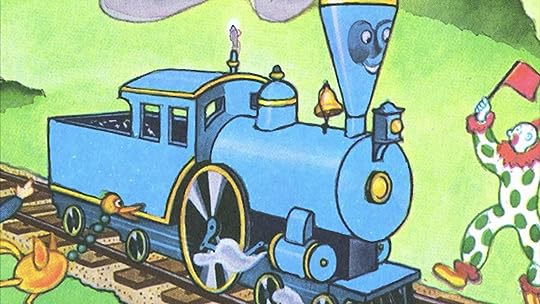 The reason why I gave this book a four-star rating is because I felt that the pacing for this story was a bit slow and I wished that they trimmed off a bit of the toys’ conversations with the trains in order to get to the main point of the story.

Overall, “The Little Engine that Could” is a cute story about the importance of perseverance in the face of hardship that children will easily relate to! I would recommend this book to children ages three and up since there is nothing inappropriate in this book.