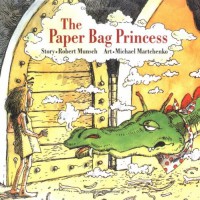 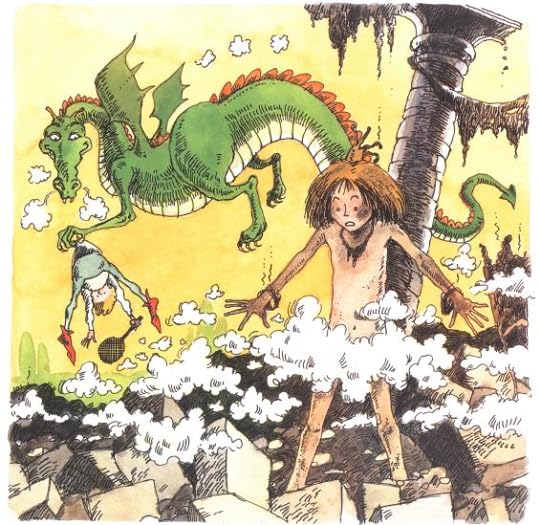 I have been reading most of Robert Munsch and Michael Martchenko’s works ever since I was a child and I have enjoyed most of their works! I have recently re-read a book from the popular duo that I had enjoyed during my childhood called “The Paper Bag Princess” and it is about how a princess is stripped down to wearing a plain paper bag when a dragon attacks her castle and she has to go rescue Prince Ronald, who has been kidnapped by the dragon. “The Paper Bag Princess” is definitely one of Robert Munsch’s and Michael Martchenko’s most hilarious books ever written!

Elizabeth was a beautiful princess who was going to marry Prince Ronald. One day, however, a dragon comes by and burns her castle to the ground and kidnaps Prince Ronald. With nothing left to wear except for a paper bag, Elizabeth decides to go after the dragon and save Ronald.

If you think that “Stephanie’s Ponytail” was one hilarious and creative book, you should really check this book out! Robert Munsch has truly done an awesome job at writing this story about how a princess loses everything but still wanted to save the love of her life. Robert Munsch’s writing is simple yet sassy and hilarious at the same time and what I really loved about this book was that Robert Munsch made the heroine, Elizabeth into a clever and brave girl and I loved the way that she tries to go and rescue the prince by herself even though she lost everything that she owned and the way that she beats the dragon at its own game is just truly hilarious! Michael Martchenko’s illustrations are creative and hilarious in this book, especially of the images of Elizabeth being in a paper bag throughout the book. The images in this book are a bit more simplistic in this book than in Robert Munsch’s and Michael Martchenko’s later books as the black outlines of the characters make the characters stand out much more. I also loved the images of the dragon itself as it is green, have red spikes down its back and always look more suave than terrifying to the readers. 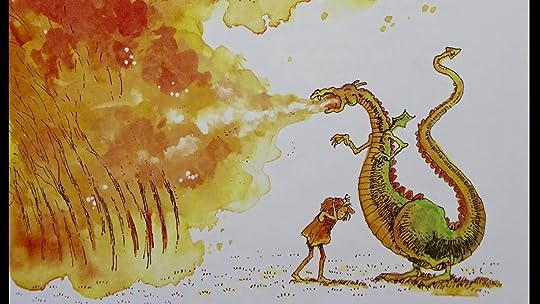 All in all, “The Paper Bag Princess” is a brilliant book from the famous Munsch/Martchenko duo as it shows that true courage will always win the day. Although I would have preferred the ending to be a little longer so that way it would be more satisfying just knowing what happened to each character after the adventure is over, this was not a major con for me, so I would still recommend this book to children ages four and up, but because of the dragon scenes, I think children ages five and older might stand those scenes better and the children ages four and up will like the simplistic writing of this book.