Henry and the Hidden Treasure by B.C.R. Fegan 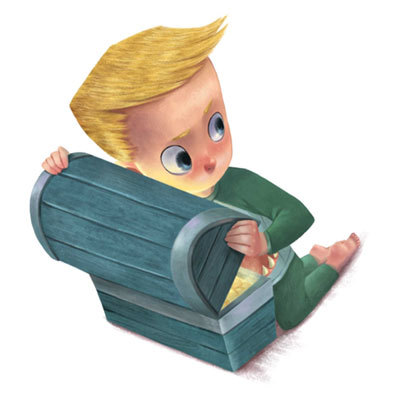 I would like to thank the publisher TaleBlade for providing me a copy of this book in exchange for an honest review.

The story is about a young boy named Henry who has received some pocket money from his parents and he ends up hiding the pocket money in his little treasure chest, even though his parents keep telling him that he needs to put his money in the bank. However, Henry has a small problem: he believes that his little sister Lucy is actually a sly ninja who is out to steal his treasure and Henry tries to think up of some schemes that will prevent Lucy from stealing his treasure!

Will Henry be successful in protecting his treasure from Lucy and what kind of tricks will Lucy pull from her sleeves?

I was actually quite surprised that TaleBlade had offered me a free advanced review copy of this book as I was quite interested in checking out this cute little children’s book from the mind of B.C. R. Fegan! B.C.R. Fegan has done a great job at writing this story as it focuses on Henry trying to protect his precious pocket money from his little sister Lucy and I loved the fact that this story tackles the importance of taking your parents’ advice if said advice is meant to help the child in the long run. I also loved the fact that B.C.R. Fegan focused on the importance of the love shared between siblings as the story relates how Henry would distrust his little sister Lucy in terms of whether or not she would steal his money and I was quite interested in seeing how Henry would solve his dilemma with his little sister Lucy throughout the story. Lenny Wen’s artwork is adorable to look at as the characters are drawn in a rounded and adorable way that made me smile inside! I also loved the fact that Lenny Wen used watercolors to provide a luscious feel to the artwork and they really shine in the images of the monsters themselves, especially of the artwork of the large pink pig that would have helped Henry guard his treasure. 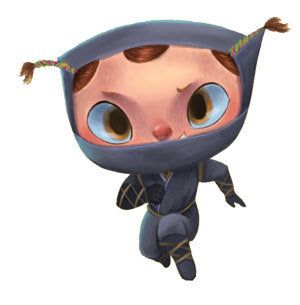 The reason why I took off half a point from the rating was because I felt that there was a bit of a plot hole in this story as I was curious about how Henry got his pocket money (I know it seems a bit odd to know about, but I wanted to know if Henry got his money from house chores or the like). I also wanted to see more moments between Henry and Lucy when Henry is not busy imagining Lucy as a ninja most of the time, since I wanted to see the full extent of their relationship in the real world.

Overall, “Henry and the Hidden Treasure” is a truly cute book for children who want to learn the importance of taking good advice from parents and loving their siblings for all of their faults. I would recommend this book to children ages four and up since there is nothing inappropriate in this book.