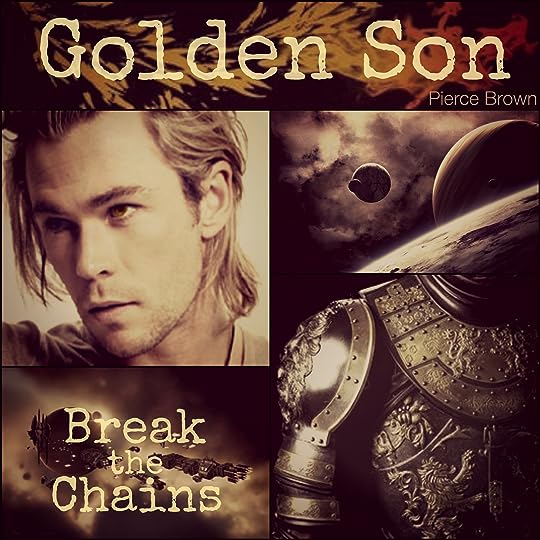 “Home isn't where you're from, it's where you find light when all grows dark.”

It has been awhile since I had last read “Red Rising” by Pierce Brown and when I found out about the rest of the books in Pierce Brown’s “Red Rising” trilogy, I just has to pick up the next book “Golden Son” as soon as possible and man, was I in for one intense and shocking ride!

Darrow used to be a Red, but when his beloved wife Eo ends up dying in the last book due to defying the high and mighty Golds, Darrow then decides to disguise himself as a Gold in order to infiltrate the Gold Empire and fulfill Eo’s dying dream to live a life of freedom. While in the Gold Empire, Darrow starts making friends at the Gold Academy and after he wins the deadly competition in the last book, he becomes Augustus’ most cherished warrior. However, Darrow soon realizes that the Sons of Ares are starting a rebellion against the Gold Empire and Darrow realizes that the only way he can take down the Gold Empire is if he causes a war between the Golds themselves. As Darrow becomes Augustus’ champion and puts his plan to action, he will soon learn about the importance of true friendship while discovering several betrayals within his army that might eventually break him.

Wow! Just wow…. After I had read the first book in the “Red Rising” series, I never would have thought that the second book “Golden Son” can beat the brutal, intense and shocking nature of “Red Rising.” But lo and behold, “Golden Son” managed to beat out “Red Rising” in terms of having the most brutal and shocking twists to ever happen in this series! Pierce Brown has done a fantastic job at writing this story as it is much more intense and shocking than the first book and I was quite surprised by the number of betrayals that happens to Darrow throughout this book as the characters that I expected to betray Darrow were not the characters that I was expecting. But probably the best part about this book is the characters themselves and how much they had developed from the first book, whether it is a positive or negative progression for them. Pierce Brown has done a great job at developing all of these characters from the first book, especially Darrow himself as he went from being a weak protagonist who was not sure about his goals in life and whether or not he can succeed in infiltrating the Gold Empire to being a strong protagonist who eventually went up the ranks of the Gold Empire and even had the courage to lead an army to take down his enemies. I also loved the progression that both Sevro and Mustang take in this book as they go through the most amazing development among Darrow’s other allies and I like the fact that Darrow and Mustang’s relationship actually progresses further in this book and I cannot wait to see more of Darrow and Mustang in the next book! I also loved the friendship shared between Sevro and Darrow as they have one of the most unique friendships I have ever read in any science fiction novel! 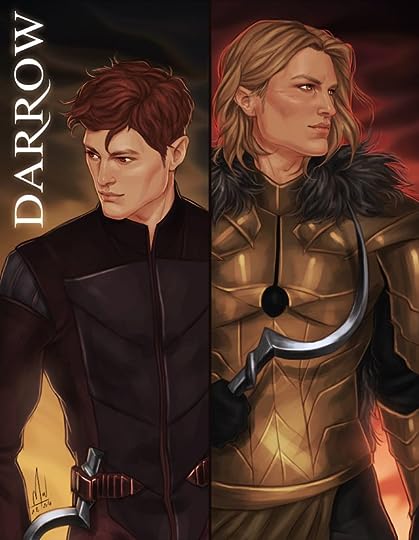 Anyone who does not like strong language and gory violence should be warned that there is some strong language in this book, such as the usage of the “s” and “f” word and it would probably be best to skim over these words if you are offended easily. Also, the violence is pretty strong in this book as it features massive slaughter of many people and the gory fights between the characters are told in great detail.

Overall, “Golden Son” is a truly intense and shocking second book in the “Red Rising” series that fans of dystopian fiction should definitely check out and now, I am going to read the third and final book in the series, “Morning Star” because the ending of this book is seriously killing me and I got to know what is going to happen to Darrow in the third book!