Made You Up by Francesca Zappia 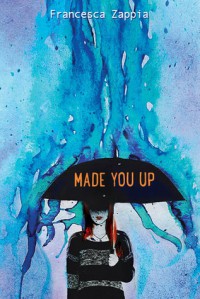 Title:  Made You Up 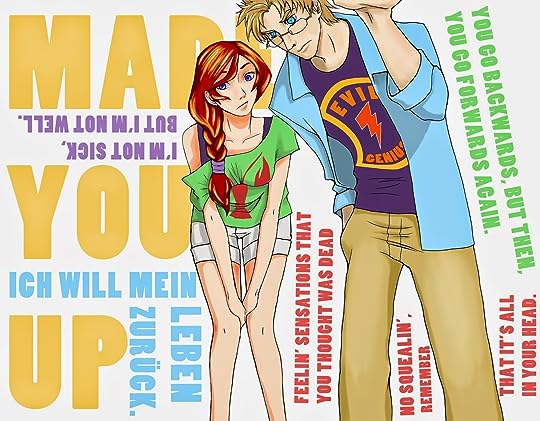 For many years now, I have been hearing many good things about Francesca Zappia’s book “Made You Up” and for a long time, I had wanted to check this book out and see what all the excitement was about. So, when I finally got around to reading “Made You Up” by Francesca Zappia, I was seriously on cloud nine after finishing this book, because this was seriously one of the most unique and awesome books I had ever read!

Alex Ridgemont is just your average girl trying to make it into college and get through the tough trials of high school, except for one thing: she has schizophrenia and is prone to seeing things that do not really exist and usually becomes extremely panicked whenever these delusions pop up. However, despite Alex having schizophrenia, she does not let that get in her way of trying to live a normal life such as maintaining a job and going out with her friends. One day however, Alex meets up with a mysterious and intimidating boy named Miles Richter and she believes that he may be the boy she met when she was younger. However, Alex thought that the mysterious boy she met when she was younger was a part of her hallucinations and she tries to figure out if Miles is real or not.

Wow…just wow… This novel was simply amazing! I just cannot get over the romantic, mysterious and intensifying tone of this novel! Francesca Zappia’s writing is both witty and intense at the same time as I got immersed into the mystery plot of the story that involves Principal McCoy’s secret dealings within the school and also trying to figure out what events is Alex hallucinating and what events are actually real. I also loved the way that Francesca Zappia explored schizophrenia through Alex’s character as we get to see firsthand how schizophrenia works and how it affects the people who have it and we get to see Alex struggle with her condition as she is trying to distinguish between reality and fantasy and how she feels so conflicted because of this. I was also shocked by the huge twist that happens in the plot towards the end of the story as I was thrown off by this revelation and it took me quite by surprise! But probably the best part of this story were the characters themselves! I really enjoyed the witty bantering going on between Alex and Miles as they constantly bicker with each other, but they really understand each other’s situations and they try to be there for each other, no matter how difficult the situation gets. I also liked the fact that both Miles and Alex have so much interest in world history that the scenes where they are reciting certain parts from history, especially World War II with such ease, are truly adorable to read through! I really enjoyed Alex herself as a character because she represents the conditions of having schizophrenia and I like the fact that despite her occasional temper tantrums, Alex always tries to look on the bright side of things and tries to live a normal life, despite her condition, which is extremely uplifting! Now, Miles is probably my most favorite character in this book since he also has a condition where he cannot distinguish emotions from other people and tends to act rude towards other people, because he does not understand about how he affects other people. I just loved the fact that despite arguing with Alex through most of the book, Miles really does care about Alex and he is always trying to be there for Alex during her rough moments and seems to really understand Alex’s condition. 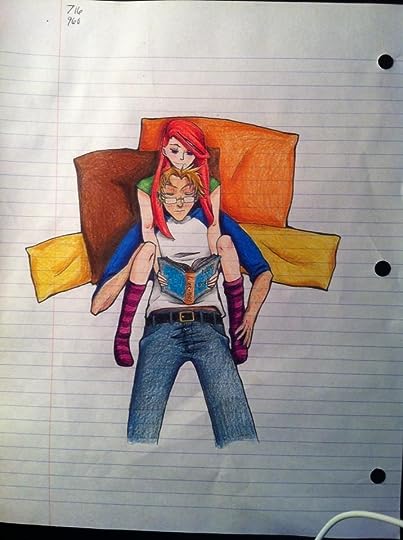 For anyone who does not like strong language, this novel has a surprising amount of strong language for a young adult novel, including words like the “s” word and the “f” word.

Overall, “Made You Up” is seriously one of the best books about mental illness that I had ever read and I cannot wait to read more of Francesca Zappia’s other works!