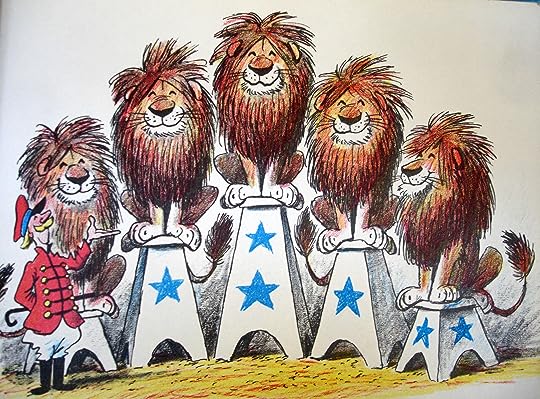 Bill Peet has done it again with his brilliant illustrations and witty writing. Bill Peet’s writing is cleverly written in a rhyming prose, making this story similar to Dr. Seuss’ children’s books, thus making the story extremely creative to read as children will have fun putting the rhyming words together. Bill Peet’s illustrations are beautiful as usual in this book, especially in the images of the lions performing on stage as the lions are innocent looking yet also look a bit cowardly and scraggly, which fit the situation that the lions were in perfectly. 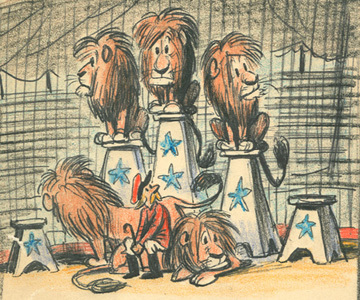 Parents should know that the new trainer that he Colonel hires to replace Randy may frighten smaller children, especially during the scenes where the new trainer starts whipping the lions relentlessly. Parents might want to tell their children that it is not good to mistreat pets in this manner and that one should not use brute force to get what he or she wants.

“Randy’s Dandy Lions” is another great classic from the brilliant mind of Bill Peet and will surely attract many children who are fans of Bill Peet’s marvelous work. I would recommend this book to children ages five and up since smaller children might be frightened by the new trainer who comes later on in the book.